Ed Sheeran Has Given Fans One Final New Track Before Taking An Extended Break To Work On His Next Album. 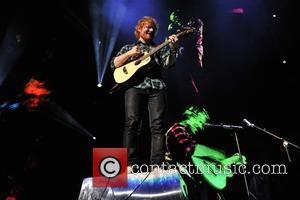 The Don't hitmaker and British electronic group Rudimental debuted their collaboration Lay It All on Me on Thursday (24Sep15), marking what will be the last new song Sheeran will release for some time.

He took to Twitter.com to share a link to the track, writing, "This is my final thing I'm releasing for a while. Bad news if you like me, great news if you don't. We cater for everyone at SheeranCorp."

Sheeran previously teamed up with Rudimental for a remix of his hit Bloodstream, and the group also served as his opening act on his Multiply Tour.