Ed Sheeran's always had a 'crush' on Cherry Seaborn

'Thinking Out Loud' hitmaker Ed Sheeran had a ''crush'' on his new girlfriend when they were at school. 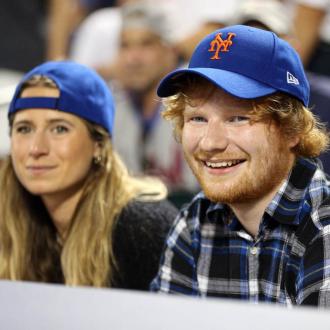 Ed Sheeran had a ''crush'' on his new girlfriend when they were at school.

The 'Thinking Out Loud' hitmaker is believed to be romancing 23-year-old Cherry Seaborn, who was a year below him at Thomas Mills High School in Framlingham, Suffolk, and their former classmates are unsurprised by the blossoming relationship.

A former school friend of the singer said: ''There was always something there between them.

''Ed had a crush on Cherry at school, but she had a boyfriend then. I don't think Ed wants to date another celebrity again, having been burned too many times and Cherry is definitely his type.''

Cherry's mother, Ann Lancaster, refused to confirm the pair's romance, but did admit they had been ''very good friends'' when they were younger.

She told heat magazine: ''I wouldn't like to say if they're dating. They don't tell parents these things, but they were very good school friends.''

Ed and Cherry fuelled rumours they were dating earlier this month after they were spotted at a baseball game at Citi Field in New York City, where the New York Mets beat the Philadelphia Phillies.

The sporting date came a few days after they were seen leaving a New York hotel together.

Speaking in 2013 about her decision to move to America, Cherry said: ''It has been incredible. It still feels surreal, the whole American college thing. I still have to pinch myself every time I go play.''