Ed Sheeran's new album is ''the best thing'' Amy Wadge has worked on. 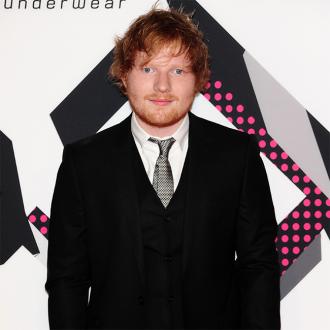 Ed Sheeran's new album is ''the best thing'' Amy Wadge has worked on.

The 'Thinking Out Loud' hitmaker has joined forces with Amy Wadge on a number of tracks, and the 40-year-old songwriter has revealed the flame-haired musician's upcoming LP is the greatest work of art she has ever helped to produce.

Speaking to Newsbeat, Wadge said: ''The third album is on its way and is the best thing I've made. His album is done. All of this year he's been preparing for his next album.''

Meanwhile, the 25-year-old singer songwriter - who returned to social media on Tuesday (13.12.16) after a one year hiatus - has been described as a true ''inspiration'' by fellow musician Justin Bieber.

Speaking previously, the 22-year-old Canadian singer said: ''Me and Ed aren't super close but he's someone who I consider a friend and I really appreciate his music. I appreciate who he is as a person. He's an inspiration to a lot of young people - he makes awesome music that people are inspired by and that people laugh to, cry to and I think it's important in music to have those people who bring the emotion out of you.''

And the 'Sorry' hitmaker has credited Sheeran's music as his favourite songs.

He added: ''That 'Thinking Out Loud' song, that's my song. There's something about him that just makes you like him. He's very likeable and very, very talented.''