The First Act Signed To Ed Sheeran's New Record Label Has Shot To The Top Of The U.k. Albums Chart. 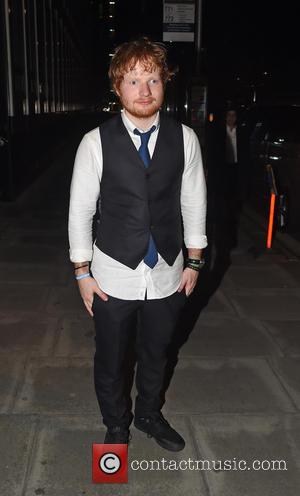 Picture: Ed Sheeran - Ed Sheeran seen leaving the afterparty for his premiere in London. The singer was pictured leaving with his girlfriend Cherry Seaborn. -...

Lawson, who released his first album 12 years ago, says, "I'm very grateful, obviously, to Ed Sheeran for signing me."

The new number one is one of six new entries in the top 10, with John Newman debuting Revolve at three and Peter Andre hitting the top five at five with Come Fly With Me.

New albums from Demi Lovato, Nothing But Thieves, and Jean Michel Jarre also debut in the top 10.

Meanwhile, in the singles chart, One Direction suffer a big blow - their new song Perfect is beaten to the top spot by producer KDA's Turn The Music Louder (Rumble).

Perfect isn't exactly that at two, while The Hills by The Weeknd, Drake's Hotline Bling and What Do You Mean? by Justin Bieber round out the top five.