Ed Sheeran has admitted the personal nature of his songs has caused him to lose a few friends. 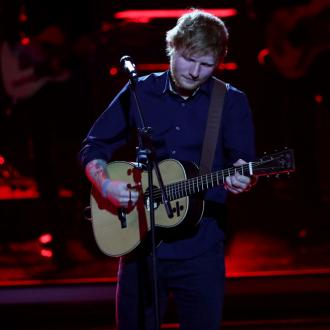 Ed Sheeran's songs have cost him some friends.

The 'Galway Girl' hitmaker's lyrics are largely based on personal experience and though pouring his heart out into his music makes him feel ''better'', his public honesty hasn't gone down well with everyone.

He admitted: ''There have been songs that ended friendships.

''But the whole point is to get s**t out and put it in a song so I feel better. It's selfish, but people like it.''

Asked which songs lost him friends, he added: ''Ones that are spiteful.''

The 26-year-old singer - who is in a relationship with Cherry Seaborn - rejected ideas he only treats the women in his songs as angels or traitors, insisting anyone can be either a ''complete arsehole or really lovely'', so he reflects that in his work.

He told the Sunday Times Culture magazine: ''Because men in my songs are like that as well. You, as a man, have broken a woman's heart and had your heart broken, too.

''Same for the girl you broke the heart of. Human beings are either complete arseholes or really lovely, so why not write songs about that?

And the 'Castle on the Hill' singer admitted he isn't ''perfect'' either.

He added: ''I'm not tarring anyone with any brush. I'm very open that

''There's my song called 'Happier', and the whole thing is, 'You've got a new boyfriend and look happy.' I was saying, 'You deserved someone better.' There are so many shades of me. I'm not perfect.''

Meanwhile, Ed recently revealed he wants to collaborate with Drake.

''I really enjoy doing it, but in that aspect I wouldn't because you'd be going against one of the greatest rappers in all time, so I'd stick to what I was good at.

''Like, I rap on my own stuff because I enjoy doing it. That's something that I'd definitely put together in the future.

''I think someone like Drake would be really fun to work with. I'd want him to rap though because I love it when he raps, when he's barring.''