Ed Sheeran has insisted his pal Taylor Swift will not perform at Glastonbury because she is too much of a control freak when it comes to her live show. 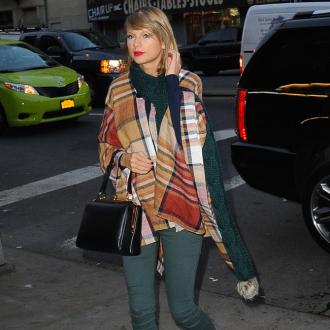 Rumours the 'Shake It Off' hitmaker could be set to headline the annual event began to circulate last month when she announced a string of UK tour dates which included a gap over the weekend when the festival takes place - June 24 - 28 2015 - but her pal Ed Sheeran has revealed the star won't be performing because she is not a fan of festivals.

''So for any bookies reading... I think Taylor likes doing her own show because she's in control and it's how she wants it to be.''

The 23-year-old 'Thinking Out Loud' singer explained the star - who released her fifth studio album, '1989', earlier this year - prefers to play her own concerts because it means she is ''in control'' of her performance and not relying on organisers who are not familiar with her stage show.

He continued: ''With Glastonbury or any festival, you're at the mercy of the people who run the festival.

The comments come just two months after the organiser of the festival - which takes place at Worthy Farm, Somerset in south west England - Michael Eavis, 79, said he would love for the 25-year-old singer to perform after country icon Dolly Parton sang there in 2014.

He said: ''Taylor Swift would be great to follow the Dolly Parton slot - especially being a country singer.''

However, Ed claims he is certain the 'Blank Space' performer won't be appearing alongside headliner Lionel Richie, going as far to say he would bet his own cash.