Ed Sheeran says Taylor Swift is ''too tall'' for him and insists he has never tried to hook up with her in the past. 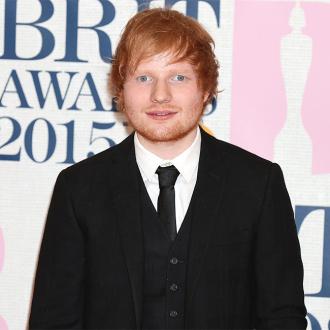 Ed Sheeran says Taylor Swift is ''too tall'' for him.

The 'Thinking Out Loud' hitmaker insists he has never tried to hook up with the 25-year-old beauty, who is currently dating Calvin Harris, even though they ''get along really well.''

Asked if he has ever tried to ''smash that,'' the 24-year-old British singer said: ''No. I don't know [why]. I met her professionally first, we were writing songs. I don't know, I get along really well with her.''

Ed also agreed with the hosts of New York radio station Power 105.1's 'The Breakfast Club' when they suggested the 'Blank Space' hitmaker wasn't his type.

''I don't know man, I feel like we look like cast members of 'The Hobbit.' She's like in the elephant kingdom and I've got hairy feet.''

Ed has been single since splitting from 24-year-old Athina Andrelos in February, but was recently spotted kissing a mystery girl while partying in Las Vegas with Scottish DJ Calvin, 31, and One Direction star Niall Horan, 21.

Meanwhile, the 'Don't' hitmaker recently refused to give a nine-year-old girl her first kiss after her mother asked him to lock lips with her.

He told Entertainment Weekly magazine: ''She wanted me to be her daughter's first kiss - and her daughter was nine. She was like, 'Well, Carrie Underwood did it for this 11-year-old boy last week.'

''If Carrie Underwood kisses an 11-year-old boy, he goes to school the next day and they go, 'Oh, you absolute lad!' If a nine-year-old girl goes into school and goes, 'I got kissed by a 24-year-old yesterday', police are being called, you know?''