Ed Sheeran has replaced Justin Bieber as the headliner for Fusion Festival with Vimto just days after the 'Boyfriend' hitmaker pulled out of the Birmingham charity event. 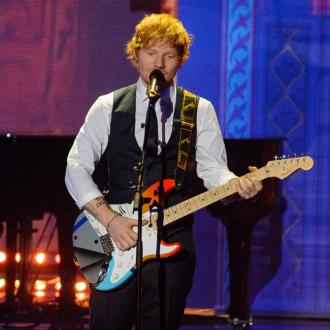 Ed Sheeran has replaced Justin Bieber as the headliner for Fusion Festival with Vimto.

The 'Boyfriend' hitmaker pulled out of the headline slot earlier this week due to an ''unforeseen issue'' but Ed has now stepped in to take his place at the Birmingham-based annual event, which raises money for Prince Charles' young peoples charity the Prince's Trust.

Ed commented: ''I'm delighted to be playing Fusion Festival after stepping in at the last minute to help out the guys at Fusion and support The Princes Trust. Birmingham crowds are always lively, so I can't wait to come back. See you in a few weeks!''

The 24-year-old star's 90-minute performance will come just a month after he played to over 290,000 people during three consecutive sold out shows at London's Wembley Arena and follows his surprise collaboration with Macklemore and Ryan Lewis, 'Growing Up', which was released on Wednesday (05.08.15).

The 'Thinking Out Loud' singer - whose second album 'x' was the UK's best-selling album of 2014, shifting over 1.7 million copies - will be joined by Tinie Tempah, Rixton, Dj Fresh, Fuse ODG, Aston Merrygold, Shift K3y and Luke Friend when he headlines the first day of the three-day event on Friday August 28.

Other acts scheduled to perform during the festival at Cofton Park - for which tickets are still available for - include Rudimental, Labrinth, Clean Bandit, Ella Henderson, McBusted, The Vamps, Jess Glynne and Gorgon City.