British Pop Sensation Ed Sheeran Has Been Tasked With A Creative Conundrum - He Has To Dream Up A Name For Little Mix Star Jesy Nelson's First Child. 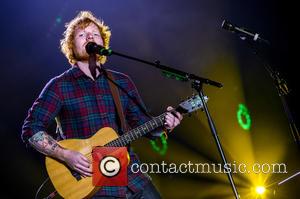 Nelson's fiance Jake Roche drafted in the Thinking Out Loud hitmaker to help him propose to Nelson during Little Mix's soundcheck at the Manchester Arena, England in July (15), and now Sheeran has reportedly been given another important role in the couple's romance.

Rixton frontman Roche tells British newspaper The Sun, "Ed has asked me if he can name our first child. He came out with it and I said yes... I'm not going to say what he is going to call it until it actually happens. I couldn't refuse as Ed is just remarkable."