Ed Sheeran says he wanted to win at the MTV Video Music Awards not for himself but for Emil Nava, who directed the music video for 'Sing'. 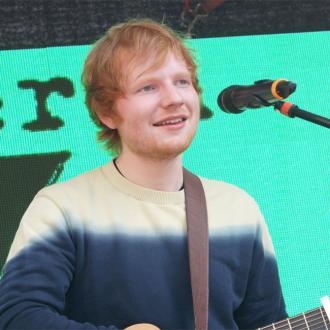 The 23-year-old singer picked up Best Male Video at the awards ceremony on Sunday (24.08.14) but he admits he selflessly wanted the victory not for himself, but for the talent behind the camera.

Speaking prior to the ceremony, he told the Daily Star newspaper: ''When I say I want 'Sing' to win the award, I don't mean for myself, I mean it for Emil to get it. He is brilliant.''

The British singer echoed his earlier sentiments on Twitter after his win, writing: ''Won my first American award tonight. Fanks MTV and big up Emil Nava cause he's a boss (sic)''.

While Ed was one of the night's big winners, the flame-haired crooner wasn't concerned about dressing up for the occasion as he wore an old pair of jeans to the bash.

He said: ''These are the jeans I've had on for the last month.

''But I made an effort with my shoes. If you see me on the red carpet looking awful, then always look at my shoes. I focus on the shoes.''