One Direction want Ed to sing with them

One Direction have recorded a number of songs written by Ed Sheeran, but now want him to appear on a recording with them. 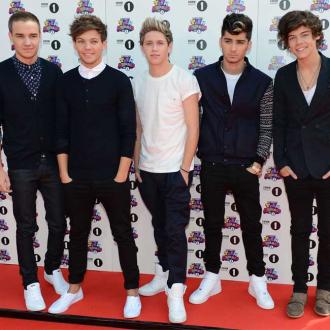 One Direction want to collaborate with Ed Sheeran.

The 'Live While We're Young' hitmakers have recorded a number of songs written by the 21-year-old singer, but now want him to lend his vocals to one of their songs.

Band member Harry Styles exclusively told BANG Showbiz: ''It would be amazing to work with him, obviously. He's a very talented guy and every time we go down to the studio with him he's a great person to work with. We like working with him a lot, so who knows. We'll see what happens.''

Flame-haired Ed co-wrote the track 'Moments' on One Direction's debut album 'Up All Night' and two tracks for their upcoming second album, 'Take Me Home', and the band's Louis Tomlinson is a big fan of the 'Lego House' hitmaker's style.

He added: ''Working with Ed would be sick.''

Before shooting to fame on 'X Factor' in 2010, the group - which also includes Niall Horan, Liam Payne and Zayn Malik - admitted they had great fun during their younger teenage years and were relieved to finish their exams.

Speaking at the Radio 1 Teen Awards at London's Wembley Arena yesterday (07.10.12) - which saw the group pick up Best British Music Act, Best British Single and Best British Album - Harry explained: ''I think our best teen moments have got to be going to parties, they were great.''

Zayn added: ''One of my favourite moments was after getting my GCSE results. It was a relief.''