The Vamps won three prizes at the BBC Radio 1's Teen Awards tonight after beating off stiff competition from the likes of Ed Sheeran, One Direction and Sam Smith. 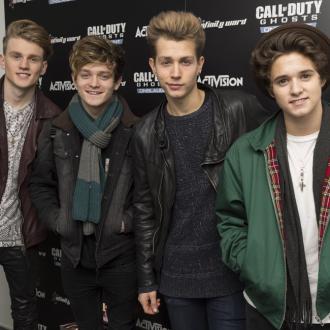 The 'Wild Heart' hitmakers walked away with three prizes at the glamorous event, held at the SSE Arena, Wembley, after beating off stiff competition from the likes of Ed Sheeran, One Direction and Sam Smith.

Speaking to BANG Showbiz on the red carpet, the group said of their win: ''It feels amazing. We've been up against some massive artists. We didn't think we'd win any! It's all down to the fans, it's ridiculous.''

Other winners at the event, which was hosted by Radio 1 Breakfast Show presenter Nick Grimshaw and pop star Rita Ora, included Ed Sheeran, who walked away with the Best British Solo Artist prize.

The Teen Heroes were nominated by Radio 1 listeners for their outstanding achievements and selected as Teen Hero winners by a panel of judges.

The full list of BBC Radio 1 Teen Award winners 2014 are as follows: