The UK's 10 best-selling albums of 2014, for the first time ever, were all made by British artists with 'Thinking Out Loud' hitmaker, Ed Sheeran, topping the list. 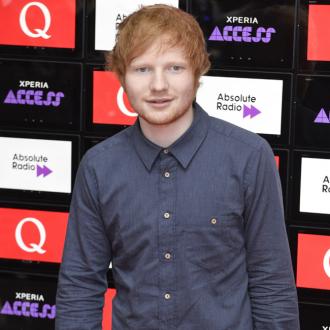 The UK's 10 best-selling albums of 2014 were all made by British artists for the first time ever.

Other artists to feature in the list included Coldplay, One Direction and Take That.

Pink Floyd - who released their first album in 20 years in 2014 - placed ninth whilst the only female artist to make the list, Paloma Faith, had the sixth best-selling album with 'A Perfect Contradiction'.

Geoff Taylor, chief executive of the BPI and Brit awards, praised the success of the top three artists for ''catching fire around the world''.

The 'Thinking Out Loud' hitmaker and the 'Stay With Me' singer retained their positions of number one and two when it came to the UK's most-streamed artists, after receiving over one billion streams.

One Direction, Coldplay and Calvin Harris, too, all achieved the same feat whilst Mark Ronson and Bruno Mars' track 'Uptown Funk' broke the record as the most streamed track in a single week. The number one hit achieved 2.5 million plays in the last week of December.