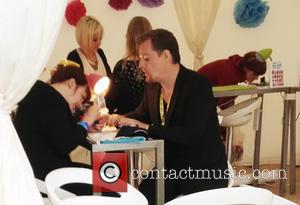 British comedian Eddie Izzard has been offering suggestions to the Monty Python team on how to update their sketches ahead of their live reunion in July (14).

The comedy troupe announced in November (13) they will reform for a one-off live performance at London's O2 Arena next year (14), later extending it to five shows to meet the overwhelming demand for tickets.

The funnymen don't plan to write any new sketches for the shows, so their comedy peers have offering suggestions to help them update their classic skits.

Terry Jones tells Britain's Daily Telegraph newspaper, "Eddie Izzard phoned up... with some suggestions about how we could update the Four Yorkshiremen sketch and put in different tag lines... I think there will be quite a bit of that."

Monty Python will perform live at the O2 Arena between 1 July and 5 July (14).