A 'Coming to America' sequel? Will it ever happen? 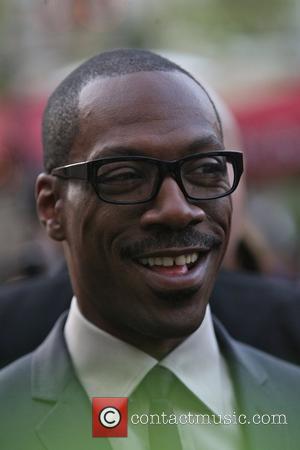 Picture: Eddie Murphy meets with fans at The Grove for the launch of Shrek 3D Los Angeles, USA - 24.04.10

It's 25 years since Eddie Murphy and Arsenio Hall's classic 1988 comedy Coming to America, about Akeem, the pampered African prince who journeys to Queens, New York, in search of a bride.

Murphy dropped by Hall's late-night talk show on Tuesday night and discussed the milestone anniversary, in which the host played Akeem's sidekick Semmi.

"I don't know if they say this to you, they say it to me because they know I need to money, but a lot of people say why was there never a Coming to America sequel?" Hall asked Murphy.

"I think you know [why]. When Coming to America came out, there was a big bunch of lawsuits," explained Murphy. "I'd be out in the club and this African dude would roll up and say 'I AM THE REAL PRINCE!. You stole my life from me!' And 'I want my money! I'll kill you!' There was so many lawsuits, so we were like, 'hey!'"

Recalling one African man who claimed the movie had stolen his story, Hall said, "His pursuit was to come to America for the girl who was in thriller."

"Ah yes! [he said] That's where you got the idea, from my life... the girl from thriller! And now you're me and I want money!" recalled Murphy.

John Landis's movie also starred James Earl Jones as Murphy's regal father who agrees to allow his son 40 days to roam the U.S. To avoid revealing his real identity, the Prince gets a real job at a fast-food restaurant.

Though never sued by an actual African prince, the producers of Coming to America were sued by humorist Art Buchwald for plagiarizing one of his works. He carried the case to trial and won a sizeable judgement.

Murphy has been confirmed to star in Triplets, the sequel to Arnold Schwarzenegger and Danny DeVito's 1988 comedy, Twins. Can the movie rescue the actor's ailing career?