Eddie Murphy will receive the Comedy Icon accolade at the forthcoming Comedy Awards, it has been revealed. 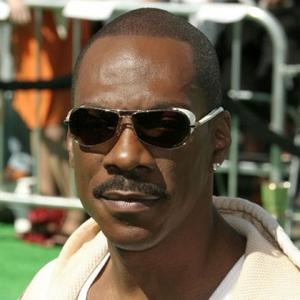 Eddie Murphy is to receive a Comedy Icon award.

The 'Beverly Hills Cop' star will be honoured at the first-ever Comedy Awards for his 30-year career in stand-up, sketch, film and television at the event, which takes place at Hammerstein Ballroom in New York on March 26.

"From the characters he created on 'SNL,' to his groundbreaking stand-up performances and unforgettable film roles, Murphy changed The Game forever and we're honoured that he will be joining us for the first-ever Comedy Awards."

It was also announced today (21.03.11) that presenters and attendees at the bash, which is expected to become an annual event, will include Tina Fey, Jon Stewart, Jimmy Fallon, 'South Park' creators Trey Parker and Matt Stone, Bill Hader, Chloe Moretz and Kristen Wiig.

Nominees for the other trophies being handed out at the ceremony were announced earlier this month, when it was also revealed a special award, the Johnny Carson Award For Comedic Excellence, will be given to "an individual who embodies the comedic excellence of the renowned and beloved comedic powerhouse."

The recipient for the honour has not yet been revealed.