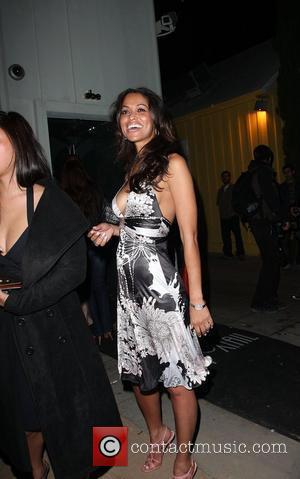 Eddie Murphy is hoping to give director Spike Lee an easy solution to his search for a movie James Brown - the soul legend always wanted the actor to play him in a biopic. Murphy, who picked up a Screen Actors Guild Award for his portrayal as Brown-esque JAMES 'THUNDER' EARLY in DREAMGIRLS on Sunday night (28JAN07), insists Lee should look no further for the perfect Godfather of Soul - it's him. The Shrek star says, "James Brown said to me years ago, 'If they ever do my life, you got to play my story.' "I said, 'James, if I do you, people will be laughing.' (He said) 'They ain't gonna laugh if you don't try to be funny.'" But Murphy accepts he might be too old to play Brown in his heyday: "I couldn't do James Brown now until he got to 40, 'cause I'm 45. I'll be 46 in April and I'm not doin' no splits and no s**t like that, and rippin' my a** out tryin' to make no movie. The split days are gone." Lee announced recently he is on the hunt for an actor to play James Brown in a biopic he's making with top producer Brian Grazer.