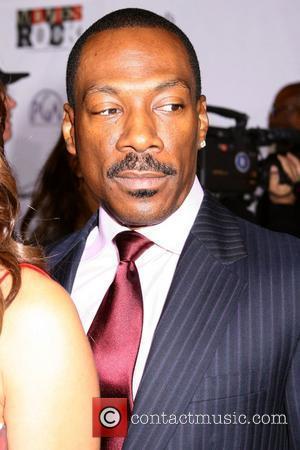 The actor and comedian married film producer Edmonds on Bora Bora on New Year's Day though subsequent reports denied the validity of the marriage, as the pair had not lived near the location for at least 30 days.

Though their Bora Bora wedding was viewed as purely ceremonial, the pair had pledged to hold a legal marriage ceremony upon their return to the US.

However a statement issued to People magazine today has confirmed the apparent end of their relationship.

It read: "After much consideration and discussion, we have jointly decided that we will forego having a legal ceremony as it is not necessary to define our relationship further.

"While the recent symbolic union in Bora Bora was representative of our deep love, friendship and respect that we have for one another on a spiritual level, we have decided to remain friends."

A guest at the couple's French Polynesia wedding told People Murphy had "started yelling" at Edmonds during the honeymoon.

"He did it on a few occasions and it was very embarrassing," the friend added.

The Nutty Professor star and Edmonds - the ex-wife of legendary producer Ken 'Babyface' Edmonds - had been dating since autumn 2006 and got engaged in July 2007.

Murphy has five children with ex-wife Nicole Mitchell and a daughter with Scary Spice Melanie Brown, while Edmonds has two children from her marriage to 'Babyface'.