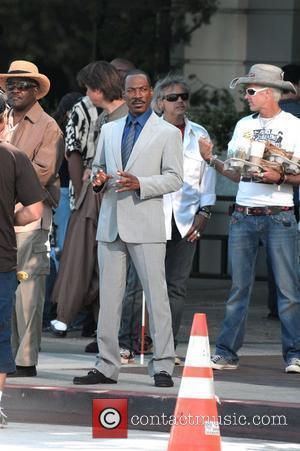 Actor Eddie Murphy has agreed to pay out $51,000 (£35,000) a month in child support to his former lover, singer Melanie Brown.The former Spice Girl hit the headlines in 2006 after embarking on a short fling with the Beverly Hills Cop star and falling pregnant with his child.
Murphy sparked a war of words with Brown following their break-up when he suggested it was possible he wasn't the father of the baby.
He subsequently took a DNA test which determined daughter Angel Iris - born on Murphy's birthday, 3 April 2007 - was in fact his.
British tabloid the News of the World has revealed that Dr Doolittle star Murphy has agreed to a support package totalling more than $10 million (£7 million), following a 15 month court battle in Los Angeles.