Eddie Redmayne Was "Galvanised And Supported" By The Transgender Community While Researching His Role As The First Person To Undergo Gender-reassignment Surgery. 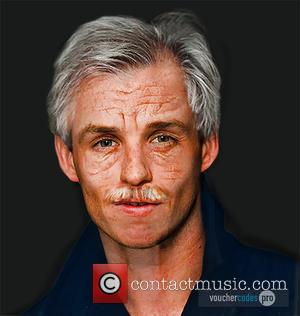 Redmayne plays Lili Elbe in the new film The Danish Girl, which premiered at the Venice Film Festival on Saturday (05Sep15), and he felt a great deal of responsibility to play the part as authentically as possible.

At a press conference, the Oscar winner revealed he met with members of the transgender community, and added, "(It was) the most brilliant education. Their kindness and support galvanised me. The fulcrum of it was this person being brave enough to live a life authentic."

Redmayne previously praised the community for helping him with his research, and said, "People were so kind and generous with their experience, but also so open. Virtually all of the trans men and women I met would say 'Ask me anything'."

His co-star Matthias Schoenaerts was so blown away by Redmayne's latest portrayal he's convinced the Brit will win another Academy Award a year after he picked up the Best Actor trophy for playing Professor Stephen Hawking in The Theory of Everything.

He says, "I don't want to jinx it, but I can honestly say I'm pretty sure that Eddie Redmayne is gonna get his second Oscar nom (nomination), if not just the second Oscar period."

The real life Lili Elbe was born Elnar Wegener in Denmark in the early 1880s, and later officially changed her name to Lili Lise Elvenes. She died in 1931, aged 48.