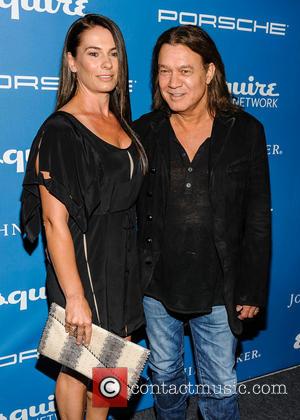 Rock star EDDIE VAN HALEN caused a scene in America last week (begs21JUN04) by taking his own alcohol into an exclusive restaurant and blessing two diners with mineral water.

The I'M THE ONE musician, 47, was with his band in Boston, Massachusetts - where they are currently touring - when he wandered into the Newbury Street eatery with his own bottle of wine, which the management promptly confiscated.

A few nights later Van Halen returned and went over to a table where two young diners were eating their meal.

The flamboyant guitarist stuck his fingers in their glasses and blessed them with the water - before stumbling out.