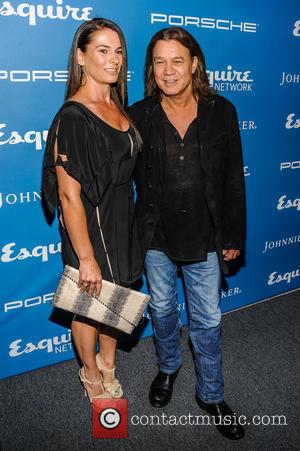 Rocker EDDIE VAN HALEN experienced a major health scare last year (11) - his cancer returned a decade after he lost part of his tongue.
The Van Halen guitarist was diagnosed with oral cancer in May, 2000, and he immediately began months of treatment, which resulted in the loss of a third of his tongue.
Medics gave the music icon a bill of good health in 2002 but now Van Halen reveals doctors discovered cancerous cells in his throat last spring (11) and he was forced to undergo a second round of surgery.
But his problems didn't stop there - in the autumn (11) surgeons removed another small chunk of his tongue during a follow-up procedure, but the star kept the news a secret.
He tells Esquire magazine, "I haven't talked about this, because I don't talk about this."

Eddie Van Halen remembered on what would've been 67th birthday