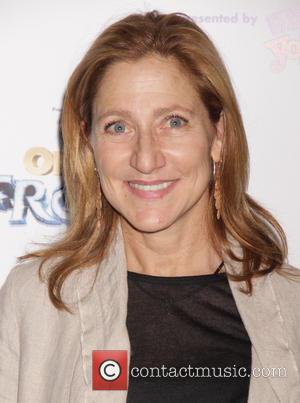 Mayor Bill de Blasio has introduced a new bill seeking to outlaw the Central Park tourist attraction and replace the carriages with vintage cars by 2016, and now activists at the People for the Ethical Treatment of Animals (Peta) and animal-advocacy group New Yorkers for Clean, Liveable & Safe Streets' (Nyclass) have recruited celebrities Falco, Huston, rap mogul Russell Simmons and style guru Tim Gunn to front new ads in a bid to sway undecided City Council members to vote for the initiative.

The hard-hitting promos feature an image of a horse which died on the streets of Manhattan in 2011, alongside a quote from each star.

Falco's commercial reads, "Drivers have been caught forcing horses to work in weather extremes and while injured", while Huston's states, "It's surprising to me that a city known for its progressive spirit still allows this cruel and dangerous tourist trap. Dozens of accidents over the past few years highlight the immense safety hazard and lack of regulation of this industry."

Celebrities including Miley Cyrus, Pamela Anderson, Kristin Chenoweth and Lea Michele have all spoken out against the use of horses for traditional carriage rides, while Liam Neeson has sided with the carriage drivers, insisting the proposed ban only serves to rob hard-working members of the community of their livelihoods.