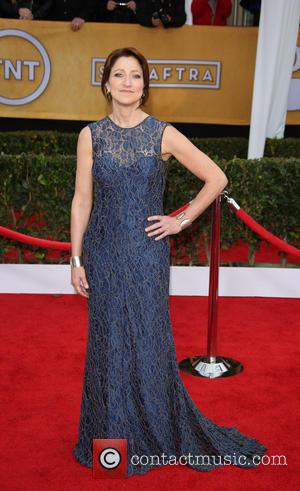 Actress Edie Falco is returning to her theatre roots to star in a new play created by a writer on her hit Tv show Nurse Jackie.

The Sopranos star has landed the lead role in The Madrid, written by Nurse Jackie scriptwriter Liz Flahive, and admits she is thrilled to be back onstage in New York.

The Emmy Award-winner grew up accompanying her mum to rehearsals at their community theatre, and now Falco's own children Anderson, eight, and MACy, five, often "hang out" with her at the Manhattan Theater Club.

She tells the New York Daily News, "I love it more than anything (the theatre)... (And) there's no bad language (in the play). It's very G-rated (family friendly). My kids come and hang out at the theatre."

The Madrid is due to launch later this month (Feb13) and runs until April (13).