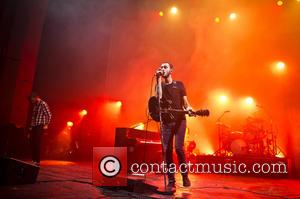 The event was attended by stars including James Corden and British Tv host Dermot O'Leary, and guests were treated to festive treats including mulled wine and a concert performed by carol singers, according to Britain's Daily Record newspaper.

Smith and Bowman began dating in 2005 and have two sons together, five year old Rudy and 10 month old Spike.