Video - Edward James Almos loves the remakes of his work

Veteran actor Edward James Almos, known for his roles in 'Battlestar Galatica'; 'Miami Vice' and 'Blade Runner', is spotted leaving Madeos in West Hollywood. Although refusing to answer questions initially, he tells photographers that he loves the recent remakes of his films.

Edward James Almos has also had guest appearances in TV shows such as 'The West Wing' and 'CSI: New York'. It was announced recently that Almos will join the cast of popular drama 'Dexter' as a series regular, playing Professor Gellar 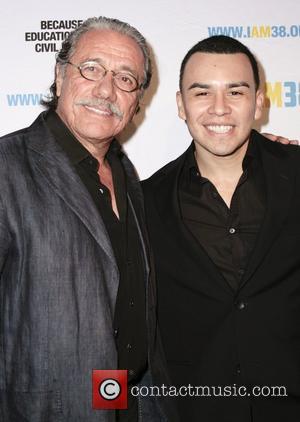