Edward Norton was unsure about taking on a role in psychological drama 'Stone' when he was first offered it because of the ambiguous nature of his character. 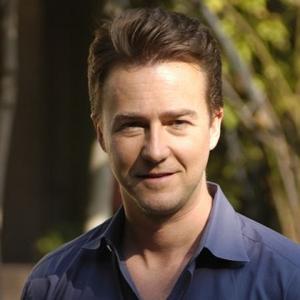 Edward Norton didn't want to take on his role in 'Stone' when he was first approached.

The actor plays a manipulative convict opposite Robert De Niro in John Curran's psychological drama and while he was initially wary about playing the part because the character profile was so ambiguous, the strong storyline and dramatic freedom given to him by the director helped convince him.

He said: "For me it's not just characters, it's what the thing is about that matters. In this case the character was so thinly sketched but John said to me, 'This is about spiritual authenticity and the consequences of not being authentic.' He didn't care how I approached the character as long as he seemed like the least likely candidate for spiritual transformation. He told me to take it way out there."

Despite controversially being dropped by Marvel Studios last year from the role of the Incredible Hulk in the forthcoming comic book blockbuster 'The Avengers', Edward says he is happy with how his career has progressed and only works when he feels like it.

He said: "I try not to work when I don't feel it. I don't have anything to prove to anybody which is a lovely place to be."