Edward Norton has no desire to star in superhero movies like 'Avengers Assemble' after missing out on reprising his role as The Hulk in the Marvel film. 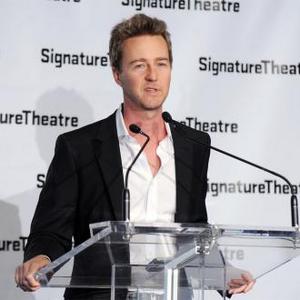 Edward Norton has no desire to star in superhero movies like 'Avengers Assemble'.

The 42-year-old actor missed out on reprising his role as The Hulk/Bruce Banner in this year's Marvel movie for ''personal and professional'' reasons but he isn't bothered about appearing in any future Incarnations of the franchise, or similar films.

He said: ''I couldn't do it for a variety of reasons - personal and professional. I had a blast doing 'The Hulk'. I don't mean to sound snotty but I don't aspire to spend that much time in my life doing those types of films. I have a lot of other things I want to do.''

While the 'Fight Club' actor is keen to distance himself from such fantasy films, he is disappointed that film studios have become reluctant to make ''more thoughtful'' movies for adults.

He added to the Metro newspaper: ''Studios aren't as willing to make mid-budget, more thoughtful films aimed at adults. It's more challenging to get those films made than it was.

''There's been a shift from people buying DVDs to streaming them online. The studios have been asleep at the switch and suffered a huge loss of revenue from falling DVD sales. Unfortunately, that revenue was often what helped convince them to make films which aren't blockbusters.''