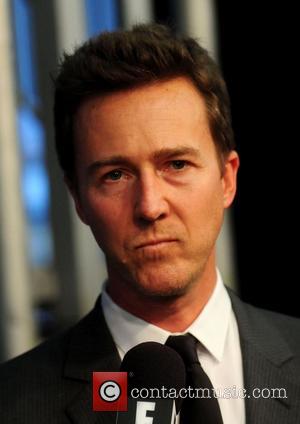 Actors Edward Norton, Kristen Bell and Jonah Hill are set to show off their gaming skills during a charity round of online Scrabble game Words With Friends.

The popular mobile game, which was made famous by Alec Baldwin when he was kicked off an airplane for refusing to shut off his phone during take-off because he was so hooked, has attracted a slew of celebrity followers as of late.

And now the Fight Club veteran Norton, blonde beauty Bell and funnyman Hill have signed up to show off their word-making skills in an all-star tournament to raise $500,000 (Gbp312,500) for charities of their choice.

Singer John Legend, rapper Snoop Dogg and actress Eva Longoria will also take part in the fun, but Yale University graduate Norton, who is playing on behalf of the Maasai Wilderness Conservation Fund, is hoping to walk away the big win.

He tells the Associated Press he feels like a favourite because he plays the game so much: "I have to give myself time-outs on Words With Friends. I've gone through phases where I'm like, 'What am I doing? This is much too much of my day.'"