Elieen Davidson supports Yolanda Hadid after she stormed off the set of the 'Real Housewives of Beverly Hills' reunion. 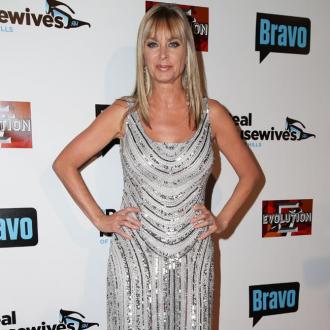 Eileen Davidson felt ''nothing but empathy'' for Yolanda Hadid as she stormed off the set of the 'Real Housewives of Beverly Hills' reunion.

The 56-year-old star feels ''deeply sorry for the pain'' the 52-year-old television personality - who has three children, Gigi, 20, Bella, 19 and Anwar, 16, with her ex-husband Mohamed Hadid - felt during the emotional scenes, which aired on Bravo earlier this week.

She wrote: ''I'm deeply sorry for the pain that Yolanda endured during the first part of the reunion. Clearly she did not understand that her illness had become its own storyline to such an extent.

''I was disgusted and saddened and felt nothing but empathy for her as I watched her try to figure out what to believe. I've said it before, but I'll say it again: That chick is one strong woman. I have nothing but mad respect for her.''

And Eileen also backed Lisa Rinna over her feud with Lisa Vanderpump, insisting being honest has made them ''targets for the hate''.

Writing in a blog post for Bravo, she added: ''Neither Lisa R. nor I have anything to gain by calling out Lisa V. It's not like we get a bonus check from Bravo or a new BMW with a bow around it. No one throws us a pizza party. Nobody hands us a bunch of balloons. In fact, it makes our lives harder. Our honesty has made us targets for the hate and vitriol unleashed by Lisa V., her husband and her die-hard followers. So, I ask you all, with nothing to gain, and possibly our future on the show to lose, why would we do it? ...

''It all goes back to motivation. Lisa R. has nothing to gain by saying that Lisa V. said, 'Well there goes the f***ing storyline,' after Yolanda left Lisa R.'s birthday. Nothing. Lisa R. has admitted everything she's done this season. She was open about being the one who brought up Munchausen. She admitted to Yolanda that she was saying things about her, her illness and her friendships with Brandi and Kim behind her back.''