By Andrew Lockwood in Music Reviews on 29 September 2010

'An artist who cannot be pigeonholed' is the way that Rough Trade has chosen to describe El Guincho. This amused me slightly as El Guincho, 'The Black-Headed Gull', used a parrot as cover art for his previous album, Alegranza, and is a native of the..............Canary Islands! (Just me then). Pablo Diaz-Reixa, to his Mum, is a would be soccer star come tennis pro that never quite fulfilled his early dreams and who now resides in Barcelona... ('Such a beautiful horizon.')

Pop Negro, or Black Octopus, is Pablo's 3rd album and was finished with money he earned whilst doing a stint as a Windsurfing Instructor. The Spanish recording artist, previously a member of the group Coconut, was well received last time around, mainly for his use of original, over layered, rhythms. This time the mood is slightly less 'Drum heavy' and whilst it still packs a punch it is not the 'Sheets of pounding rhythm' that described its predecessor.

The Afro-Beats still resound around the album but Pablo has managed to capture more of his lifestyle within the mix of tunes. His descriptions of daily activities, which he says used to involve playing sports, going to the beach, hanging out and going to music school do not point to a frantic pace and a hectic break neck speed existence, and nor does Pop Negro, although you may be forgiven for thinking so when reading of how he wrote Bombay, the album's opening track. It was written 'on a stopover at a Singapore hotel following an Australian tour and subsequently recorded in studios in Berlin, Madrid, Gran Canaria and Barcelona.' 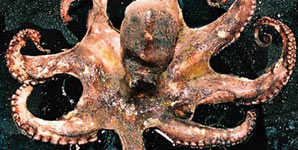