You may know Eleanor as one half of NY brother/sister duo The Fiery Furnaces. Their debut album, Gallowsbird Bark, was a fresh and lively experiment on the borders of jazz, pop and folk music, but retained its accessibility. They even had a brief flirtation with chart success with singles 'Tropical Ice Land' and 'Worry Worry.' 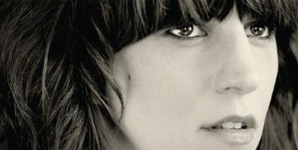 Following the acclaim of Gallowsbird Bark, 'Blueberry Boat' refined their avant-pop sound further, establishing them as firm critics darling's at home in America, if perhaps not in the UK. Their output since then has tended to careen as much as their fairground waltzes, touching on the both straightforward pop (Bitter Tea) and such dense conceptual music which some deemed unlistenable (Rehearsing My Choir). They have never settled in one particular direction and as such have remained a difficult (if interesting) duo to follow.

Fast forward to 2011 and Last Summer is a break from convention in a contrary sense for Friedberger, as her most out-and-out attempt at a pop record to date. Friedberger's character, story-telling and unique vocals could never be mistaken for another's, but separating from her brother seems to have cteated a certain finesse in her songwriting skills.

Melodic, gentle and fun, Last Summer skims off the lightest pop layer of her output with Fiery Furnaces and with the help from her maturing years, it manages to capture the thrill of dreamy nostalgia.

Opener and lead single 'My Mistakes' starts proceedings with breezy intent. Taking stock of summers long gone with good humour and mindfulness, Freidberger laments and celebrates all at once. 'He's ignoring me like its 2001/I'll keep time-travelling if it doesn't get better the second time around.'

The tone of the album is perfectly bittersweet, twisting tales of happiness and regret that ebb and flow over the simple instrumentation. There was a tendency with the Furnaces to bury everything underneath an instrumental cacophony, but Friedberger is comfortable enough to strip her sound back and become a narrator, weaving the personal in with the fairy tale.

What Last Summer is predominately is a long love letter to her city, New York. Friedberger maps her path through her neighbourhoods on her bike (Owl's Head Park) and day tripping on the subway (Roosevelt Island); it piece by piece pastes together a dizzying universe to delve into and get lost. 'Roosevelt Island' is in particular a high point for consideration, with the squelching retro organs giving the song a delicious shakedown. 'It doesn't get any better than that,' she assures us, and as pop songs go, she's probably right. 'I Won't Fall Apart On You Tonight' wouldn't be amiss on a Shirelles record, such is its achingly catchy girl-pop.

With Last Summer, Eleanor Friedberger has created something intimate, elegiac and lovely. She is a witty and entertaining orator, and as such Last Summer is a journey well worth embarking upon with her. Dazzling stuff.

Eleanor Friedberger - When I Knew Video