Elettra Wiedemann has been unveiled as the new face of Coast. 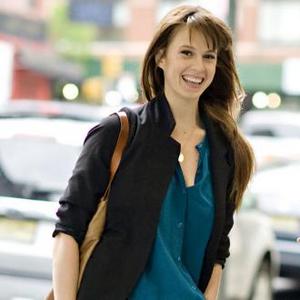 Elettra Wiedemann is the new face of Coast.

The 28-year-old beauty - who is the daughter of Isabella Rossellini and grandaughter of Ingrid Bergman - was chosen to showcase the brand's new collection of occasionwear because of her ''timeless'' beauty.

They said: ''Her natural, timeless beauty and radiance aligns perfectly with the contemporary glamour of Coast.

''We chose Elettra for her flawless style and impeccable fashion lineage.''

The collection - which goes on sale later next month - includes tops priced from £70, skirts from £110 and dresses from £195. There are also accessories, including hair clips, bracelets and shoes.

However, some items will only be available from the company's new London flagship store.

Elettra began modelling when she was 18 years old, fronting a campaign for Abercrombie & Fitch.

For the last six years, she has been a spokesmodel for Lancome, appearing in a number of campaigns.

She has also appeared in adverts for Bill Blass, Ferragamo and Samsonite, as well walking the runway at fashion shows around the world.

During New York Fashion Week, not only does Elettra take to the runway, she also opens a pop-up restaurant called GOODNESS at the city's Columbus Center.