An Audience Member Watching A Screening Of Eli Roth's New Rainforest Thriller Green Inferno At The Deauville American Film Festival In France On Monday Night (07sep15) Passed Out During The Film's Most Harrowing Scene. 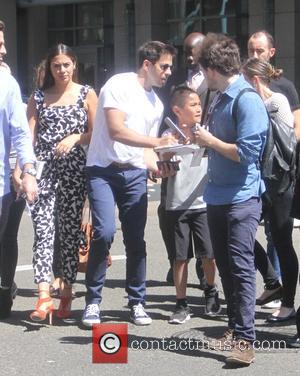 The director retweeted the alert from the festival after the unnamed viewer needed medical attention after finding the cannibal survival horror too much to handle.

The film, which features Roth's new wife Lorenza Izzo, follows a group of student activists who travel from New York City to the Amazon as part of an effort to raise awareness about the plight of the rainforest.

Following a plane crash, they are captured by a tribe of bloodthirsty cannibals.