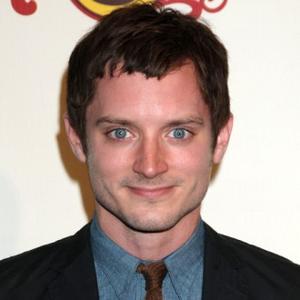 The 'Lord Of The Rings' star reprised his role of animated penguin Mumble in the movie, but he was upset the late actress - who died suddenly in November 2009 aged 32 - could not be there to voice Gloria again.

Speaking at the UK launch of the Warner Bros. film, he told BANG Showbiz: "I worked very closely with Brittany Murphy on the first movie. We'd all had time to accept her passing and emotionally deal with it by the time we started recording this film, but it was extremely sad."

However, the 30-year-old actor thought her replacement Pink - whose real name is Alecia Moore - was "great" in the film, especially considering it was her first ever movie role.

He added: "I guess it was a bit strange that first day but the energy was focused on Pink being the new character. We didn't come into it thinking about how awkward it was going to be, we just went in there and worked with this new person, who was great. "She had never played a character in a film so it was fun to watch her go through that for the first time and enjoy it."

Robin Williams - who reprised his double role of penguins Ramon and Lovelace in the motion picture - also felt "sad" about filming the sequel without Brittany.

Robin explained: "It was sad recording without Brittany Murphy. My last vivid memory of her was the 'Happy Feet' premiere in London when she sang, it was so beautiful. She was live and her voice was so exquisite. So when she died it was like, 'Oh dude'."

'Happy Feet 2' is released on December 2 in the UK.