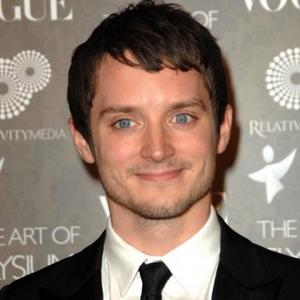 Elijah Wood has split with his girlfriend Pamela Racine.

The 'Lord Of The Rings' actor - who has been dating the Gogol Bordello drummer for more than five years - broke off the relationship because he couldn't commit to her long-term.

A friend said: "Elijah just didn't want to settle down. The last thing he wanted to do was hurt Pamela, but she's pretty cut up about the break-up."

The pair met on the set of 2005 adventure movie 'Everything Is Illuminated', which starred Elijah and Pamela's band.

Elijah has been notoriously private about his relationship, but Liev Schreiber - who directed the 29-year-old star in 'Everything Is Illuminated' - previously claimed he has a "sincere goodness as a human being" and a "generosity of spirit".

Despite keeping their partnership quiet, the pair were often seen together at events - she often accompanied him to movie premieres and they were both a regular of fashion week shows.

However, at the recent premieres for his new movie 'The Romantics' in New York and San Francisco, Pamela was not in attendance.