'Maniac' director Franck Khalfoun was amazed by how hands-on lead actor Elijah Wood was on the set of his new slasher movie, and thinks the actor is destined for a career behind the camera. 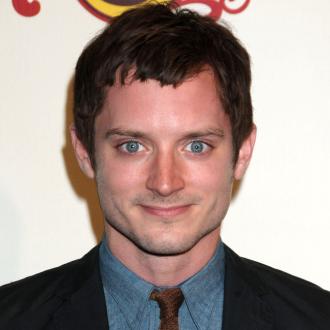 Elijah Wood has been tipped to become a director.

The 'Lord of The Rings' star plays a disturbed serial killer in Franck Khalfoun's new slasher film 'Maniac', and the director thinks he could follow in the footsteps of Ben Affleck behind the camera because he was so committed to his character that he began to take control on set and add his own touches to the filming process.

Khalfoun exclusively told BANG Showbiz: ''He brought tons of ideas to the set, he's a total filmmaker. I'll be really surprised if we don't see him directing very soon. Funnily enough, he understood immediately that he had to be there every day. Even though we don't see him throughout the entire movie, he realised it was important that he be there to deliver lines and to really influence the other actors.

''Eventually the movie began to be seen through his eyes and he was participating. He'd be looking and pulling the camera on set, he was director of photography and he really morphed into the character. It was very interesting to watch.''

Wood had plenty of time to get creative on set since he was hardly on screen because the movie - a remake of the cult 1980s film, produced by 'The Hills Have Eyes' mastermind Alexandre Aja - is shot from the first person point of view, allowing the audience to experience the killer's conflicted feelings.

Khalfoun credits the star's passion for the genre and the experimental nature of the movie with the success it has had at independent festivals thus far.

The director added: ''Elijah and the cameraman started feeling a creative thing together, who am I to get in the way? It's wonderful to see creative people reach higher limits on this little slasher.

''And I think really the proof is the amount of festivals it's gone to and the selection at Cannes show that it's more than just a slasher, there's something a little deeper.''

'Maniac' is released in UK cinemas on March 15.

Elijah Wood will star in Bookworm