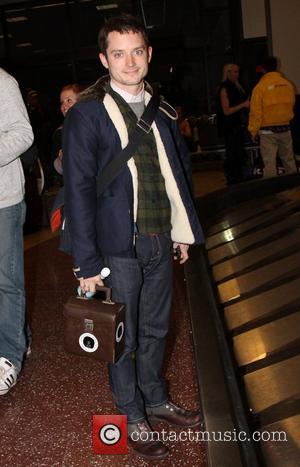 Elijah Wood has opened up about his heartbreak at making a Happy Feet sequel after his co-star Brittany Murphy's death in 2009.
The actor reprised his role as Mumble the penguin in Happy Feet Two, but admits he was devastated not to be reunited with Murphy, who voiced his character's wife Gloria.
And although pop star Pink was recruited to replace the Clueless star, who died after a cardiac arrest linked to pneumonia and anaemia, Wood insists the atmosphere in the recording booth was a sombre one.
He tells Britain's Hello! magazine, "Her death was extremely tragic and (she died) ridiculously far too young. She was an incredible spirit to work with. My first day on the sequel had me working with Pink, who took over the role of Gloria (from Murphy) and she was wonderful.
"We didn't really talk about Brittany's death but it was sad for all of us."