Hasselbeck said of Walters that she couldn't have "asked for a better leader or mentor". Goldberg she said is "one of the most talented artists on the planet" who is "even more loving" than talented. Whoopi Goldberg at the Tribeca Film Festival, the 'I Got Somethin' To Tell You' Premiere, New York.

To Behar she joked about their disagreements over politics but said her fellow presenter could always make her laugh by throwing in a "one liner". Addressing Sherri Shepherd, Hasselbeck said was her "sister in Christ" and her "friend for life". The other presenters each offered their own goodbyes live on air.

Walters opened the show saying she was "a little teary" but that she only wanted what was best for Hasselbeck. In response Hasselbeck said "I'm really happy and excited to confirm that, indeed, I will be joining the Fox & Friends team in September". She continued to thank the Fox News team for the "opportunity".

Hasselbeck has been invited back as a guest by Walters who claimed they were in no rush to fill her seat. However it has been rumoured that Brooke Shields could step into Hasselbeck's place. 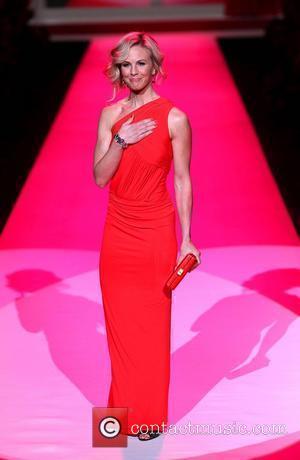