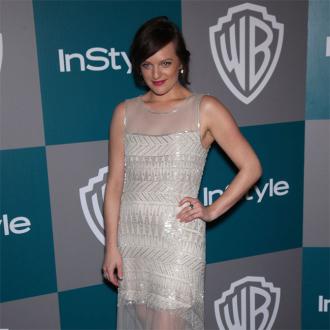 The stylish actress has revealed her extensive on-set wardrobe put her off buying retro clothing, as she and her female co-stars grew sick of dressing in outfits from the 1950s.

She explained: ''My style has been influenced by 'Mad Men' in the opposite way to how you think. For a few years all the girls on the show moved away from doing retro fashion because we constantly had to wear those styles. I have worn anything but retro for years as a result.''

The pretty blonde, 32, has kept some souvenirs from the set, including a thermos, diamond ring and a special dress.

She said: ''I kept an eggplant-coloured dress that she wears when she leaves Sterling Cooper Draper Price. That dress was meaningful because the scene marked a huge turning point for her.''

Elisabeth - who has recently been named as the face of Gap's new autumn campaign, Dress Normal - admitted that her 'normal' style is casual and feminine.

She shared: ''It's all about wearing what you feel confident in and what clothes make you feel good about yourself. My 'normal' is a pair of denim shorts or a white girly dress. I go for the basics I don't know if what I wear is stylish, but it's effortless!''