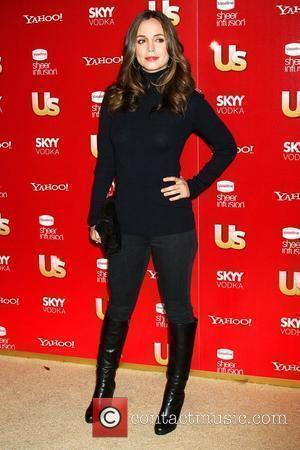 Actress Eliza Dushku is nursing a fractured arm after injuring herself on the set of her TV show DOLLHOUSE.
The brunette beauty was taken to hospital last week (ends07Dec09) when an action scene went wrong, leaving Dushku in pain.
Taking to her Twitter.com blog to tell fans of the accident, Dushku wrote, "Hope y'all r (sic) enjoying Dollhouse! It wouldn't b (sic) the Apocalypse if someone didn't get hurt... On way to ER for x-ray on arm. Ow."
The star fails to go into further detail about how the injury happened, but reveals her bandages will be hidden from the cameras for shooting on the drama.
Dushku later added, "Fractured radial head. Never been in a cast before - it's warm. Will hide under wardrobe. I can still hold my shotgun/save the world."
Filming on the Joss Whedon sci-fi drama, about a group of job-for-hire agents whose memories are erased after every assignment, will end after the current second season wraps following the news the show has been axed.