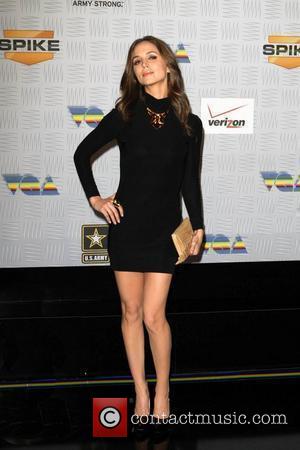 Eliza Dushku is aiming to raise $30,000 (£20,000) by her 30th birthday later this month (Dec10) to build a recovery centre for former child soldiers in Uganda.
The Bring it On star is spearheading efforts to purchase land for the project, which will help rehabilitate young soldiers who were abducted by the African country's rebel army.
And she's told friends and family not to buy her gifts when she turns 30 on Thursday (30Dec10), requesting donations for the cause instead.
Dushku tells Celebuzz.com, "My mother Judy is a professor of African politics and political science, and she has been going to Africa my whole life, and she'd take groups of students and her kids to Africa on trips... Because of her teaching, she started thinking about the Ugandan child soldiers who were eight, nine years old and what that looked like. That's how it all began.
"She and I went to Uganda and we started to get deeper and hear the stories of these kids who were abducted in the night, forced to kill their family members so they didn't have anyone to come home to...
"They're still always in fear of being kidnapped, and we're trying to figure out how you can recover from that... So, we're looking to build a centre to help them heal through things like art therapy, film therapy... We want to create the centre and really focus on the rehabilitation and reintegration into society.
"I don't have the money in my pocket to build or complete an initiative, but sharing those stories is what I can do. If I can create any kind of awareness, that's what I can do."