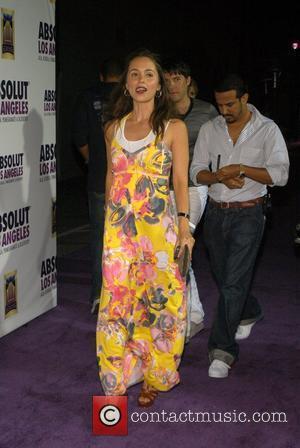 Actress Eliza Dushku was an odd choice to play a bartender in new wine movie BOTTLE SHOCK - because she never drinks.
The role of Joe was originally written for a male but the part was revamped when Dushku showed interest in the film, which is based on a famous wine battle between California and France.
But, though wine was flowing throughout the shoot, the actress couldn't party with her castmates - because she refuses to touch alcohol.
Dushku tells WENN, "I don't drink, which has been a big question mark for people. It's like, 'You did a movie about wine and you don't drink at all?'
"I play a bartender in the film and the bartender is not supposed to be imbibing while on duty, so I keep it under control.
"I did drink wine at one time but, as I started to get a little older - at about 19, getting that headache in the morning or that puffiness is just not very user friendly for my job.
"Everything became a little clearer, sharper and better for me when
I stopped drinking. I missed it, though, on nights when we were shooting in the Napa Valley (California) and there's beautiful wine flowing.
"But getting up early in the morning with a fresh face is better."