Elizabeth Hurley has revealed her ''heart aches'' following the death of her dog Dash. 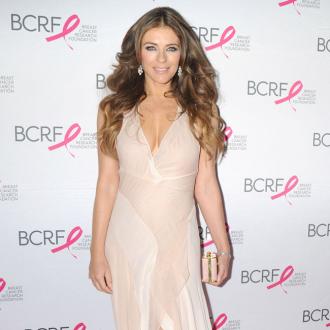 Elizabeth Hurley's ''heart aches'' following the death of one of her dogs.

Along with a picture of her and the late dog cuddling, Elizabeth shared: ''My heart aches for my beautiful Dash. Called to doggie heaven much too early. Yesterday was a very sad day (sic)''.

The 'Bedazzled' star returned to Twitter today (17.07.15) to thank her 492,000 followers for their messages of condolence, and added she'd buried her ''enchanting'' pet pooch under a tree.

Along with a picture of Dash, Elizabeth shared: ''Thank you so much for all your lovely messages re Dash. He was an enchanting dog. He's buried under an oak tree.''

Dash was one of five dogs who live with the former model at Donnington Hall, the £6million Herefordshire country estate she bought with her ex-fiance Shane Warne a year before they split.

Dash featured in a 15-second video Elizabeth tweeted two months ago - which showed the actress out with her dogs in the 13-bedroom Georgian Mansion's 46-acre park - as well as in a photo where she refers to the dogs as her ''naughty babies''.