Elizabeth Hurley says she enjoys listening to 'The Clash' and used to dye her hair pink and wear ripped-up clothes as a teenager. 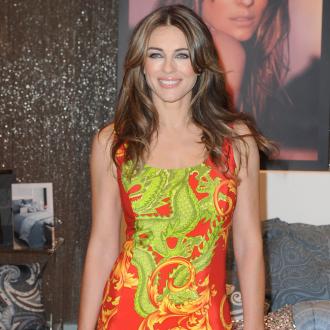 Elizabeth Hurley used to be a punk.

The 49-year-old actress revealed that her look consisted of dying her hair pink and wearing ripped clothes and body piercings when she was a youngster - much like teens today - but insisted that it was all for the love of fashion and she has never been a rebel.

She said: ''When I was a teenager, I had pink hair, a nose ring and ripped up clothes. I wasn't rebelling against anything though, it was just fashion. Plus, I really loved the music and still often have the Clash blasting.''

Nowadays 'The Royals' actress - who was famously photographed with Hugh Grant wearing a Versace dress pieced together with safety pins - is considered a red-carpet style icon and she admitted in an interview with HELLO! magazine that she has been lavished with stunning clothes throughout her career.

She said: ''I've been spoilt rotten over the years; Versace, Valentino, Dior and many other have made me the most divine couture dresses.

''Faux pas-wise, I'm afraid there's plenty to choose from. My crimes and misdemeanours include inadvertently flashing underwear and wearing a see-through sari, both of which caused outrage around the world.''

Hurley has her own beach wear business and has been a spokeswoman for Estée Lauder since 1995.