Get ready to say your goodbyes to Don Draper and the rest of the gang at Sterling Cooper & Partners.

We knew it was coming, we just didn't known when, but the second half of ‘Mad Men’s’ final season has now been given a premiere date of, Sunday April 5th. The announcement was made by AMC on Saturday during the 2015 Winter TCA Press Tour. The first half of the final season finished last May with audiences left uncertain about the future of Sterling Cooper & Partners. Jon Hamm's time as Don Draper is nearly over.

"What an incredible journey this has been. I take great pride in what the entire Mad Men team was able to create episode after episode, season after season,” series creator Matthew Weiner said in a statement. "We sincerely thank the fans for joining us on this ride and hope it has meant as much to them as it has to us,” he added.

Continue reading: The End Is Near For 'Mad Men' As Final Season Gets Air Date Finally a light at the end of the tunnel for Don. A tiny light.

Finally, after weeks of doom and gloom, the Mad Men writers stretched their comedic muscles with an Easter weekend episode that will make it into MM history. Not that it starts out that way, mind you. It’s February 13 and, as per tradition, Don Draper starts the day by sleeping in and watching a lot of television and binging on booze – but not too much, of course. He has a meeting, but it’s not until later in the day, so that leaves plenty of time to interrogate Dawn, who comes by mainly to keep him up to date on the goings on at SCP.

Don is still boozing, Megan's still a character, sort of.

Meanwhile at SCP, Peggy, ever the workaholic, is asking Stan to hand in some work before the end of the day. Doesn’t seem likely on Valentine’s Day, but you’ve got to admire her for trying. But let’s not forget that Peggy is A. a woman and B. very, very single. Obviously it all blows up in her face. Not only will she not get the work done, but she, along with the viewers has to endure a few painfully awkward minutes of V-Day banter.Needless to say, Ginsberg's crude assessment that Peggy had an evening of "masturb[ating] gloomily" lined up definitely was a new low for Peggy. But the worst is yet to come.

The 'Mad Men' actress admits, "I'm glad I didn't have kids," when discussing her failed marriage to the former 'SNL' star.

Actress Elisabeth Moss, mainly known for her role in CBS's 'Mad Men', has took part in a candid interview while featuring on the cover of New York Magazine.

The photo-spread shows a much more relaxed Moss then her 'Mad Men' fans are used to, as she poses topless in denim overalls while sharing a big smile.

But the interview doesn't cover any laughing matters, the 31 year-old opened up about her short-lived marriage to 'Saturday Night Live' alum Fred Armisen.

The actress gave an opinion on two of her co-stars.

Elizabeth Moss has a lot of opinions about her co-stars and you better believe she voiced some of them during this week’s episode of Watch What Happens. To be fair though, the whole conversation came about to it when Andy Cohen asked her to comment on the rumors about her Mad Men co-star Jon Hamm’s… endowments, according to E!News. "Is it true what they say about Jon Hamm's ham?" Cohen asked. To her credit though, Moss tried to steer clear of the whole “issue” and replied with a rather demure comment.

"Well, I mean, we've all seen the pictures so I mean I would suppose so," Moss said. "That's all I know." She wasn’t so coy when talking about another colleague though. When asked about collaborating with Jeremy Piven, Moss didn’t hesitate to voice her opinion – which, as you may have guessed, wasn’t at all positive.

"That's a very good one. I could go on and on," Moss smiled, adding that Piven's dropping-out was him "being highly unprofessional."

Continue reading: Jeremy Piven Got A Cold Shoulder From Elizabeth Moss In Watch What Happens Interview 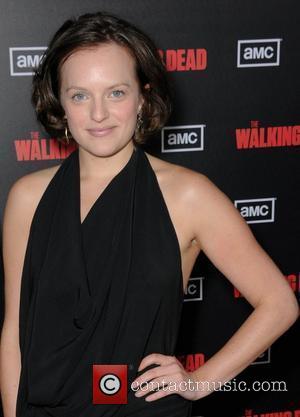 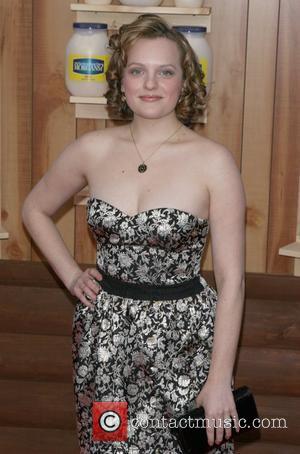