Elizabeth Olsen was almost put off acting as a career after seeing how fame changed her sisters Mary-Kate and Ashley Olsen's lives. 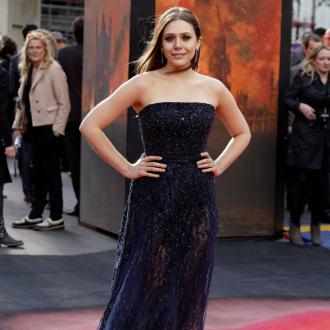 Elizabeth Olsen didn't want to become an actress because of her sisters' success.

The 'Godzilla' star, 25, was initially reluctant to carve out a career in Hollywood because she found her older twin sisters Mary-Kate and Ashley Olsen's level of fame to be overwhelming.

She is quoted by America's Star magazine as saying: ''Seeing what happened with my sisters always being followed around made me question whether this was what I wanted to do with my life. But it was always my choice.''

But she added: ''I was lucky to have an amazing drama teacher who encouraged me to pursue my dream. I love acting so much that I decided the trade-off would be worth it.''

The blonde beauty was very nervous before filming the upcoming blockbuster after solely starring in a number of indie films.

She said: ''I was [nervous], but I realised that making a movie was the same whatever the budget. There was this group of is banded together doing scenes.

''It looks amazing. They worked with the Japanese designs for the original 'Godzilla' monster, so I think the fans will be really pleased with what we've done.''