Elizabeth Olsen insists she isn't intimidated by nude scenes after being inspired by Kate Winslet's ''bold'' performance in 'Holy Smoke'. 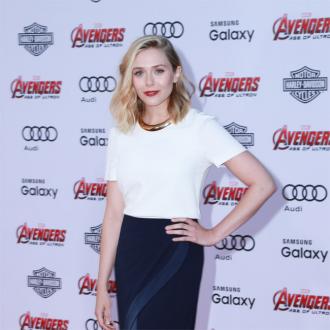 The 'Avengers: Age of Ultron' star says she was inspired to take risks in her career by Kate Winslet's ''bold'' performance in 1999's 'Holy Smoke'.

She said: ''I remember watching 'Holy Smoke' and thinking that it was so reassuring to see a young Kate doing something that was so bold in so many ways.

''I thought to myself, 'OK, so it doesn't destroy your career if you appear nude or take risks,' because not everyone in my family and group of friends thought it was the best idea to be naked in a movie.''

However, the 26-year-old actress understands why some women prefer not to strip off for movies and admitted she never feels as though she has to be nude for a role.

She added to People magazine: ''There are actresses, young and old, who have decided never to do that and they become those examples people talk to you about ...

''[But] there are times when I like to do it. You want that voyeuristic quality, but I never feel I have to be nude - and you won't ever see me in a beauty shot in a bikini on a beach. That's a character I will never play.''