'Avengers: Age of Ultron' star Elizabeth Olsen has revealed her fondness of Scarlett Johansson, saying she is ''the coolest chick''. 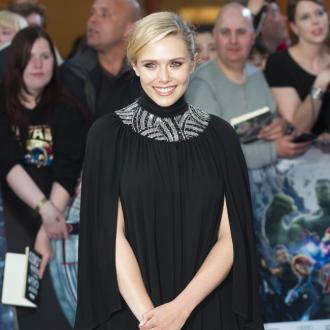 The 26-year-old actress - who stars as Scarlet Witch in 'Avengers: Age of Ultron' - has revealed she's a huge admirer of the Hollywood star, who appears in the role of Black Widow in the new movie.

She told BANG Showbiz: ''It's the most talented group of people. I feel like a tag-along [in the movie].

''Surprisingly, Scarlett and I weren't on set that much together. But I am such a fan of Scarlett. She's really cool. She's the coolest chick.''

In fact, Elizabeth said she would like to try her hand at Scarlett's role, which she thinks is the most desirable part in the film.

Elizabeth - who's the younger sister of actresses and fashion designers Mary-Kate Olsen and Ashley Olsen - also revealed she thoroughly enjoyed reuniting with her 'Godzilla' co-star Aaron Taylor-Johnson, who she likened to a brother.

She explained: ''He feels like a sibling to me. We're actually very comfortable.

''I thought working with the cast would be more overwhelming than it was. But everyone was so gracious and kind and collaborative.''