Dame Elizabeth Taylor admitted to her friend Debbie Reynolds that she found getting old ''tough'' just weeks before she died. 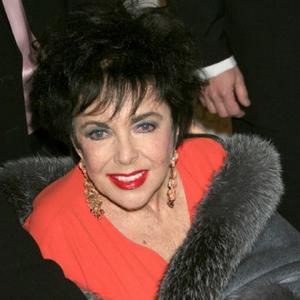 The actress - who died of congestive heart failure today (23.03.11) at the age of 79 - was in a lot of pain towards the end of her life, but did her best to "hang in there", says her friend Debbie Reynolds.

Recalling their final conversation a few weeks ago, Debbie - whose husband George Fisher left her for Elizabeth in 1957 - told 'Access Hollywood': "I said, 'Getting old is really s**t. And she said, 'It certainly is. It certainly is, Debbie. This is really tough.'

Though Debbie, 78, is sad her friend - who she has known since they were both 17 - has passed away, she thinks her death was a "blessing in disguise" because she was in so much pain.

She said: "God bless her, she's on to a better place. I'm happy that she's out of her pain because she was in a lot of pain. This was a blessing in disguise, you know, she's in heaven and she's in a heavenly place and she's happy."

The 'Singin' in The Rain' actress believes the 'Cleopatra' star's memory will live on forever, thanks to her screen and charity work.

She said: "She was the most glamorous and sexual star of our generation. No one else could equal Elizabeth's beauty and sexuality. Women liked her and men adored her, and her love for her children is enduring.

"She was a symbol of stardom. Her legacy will last."